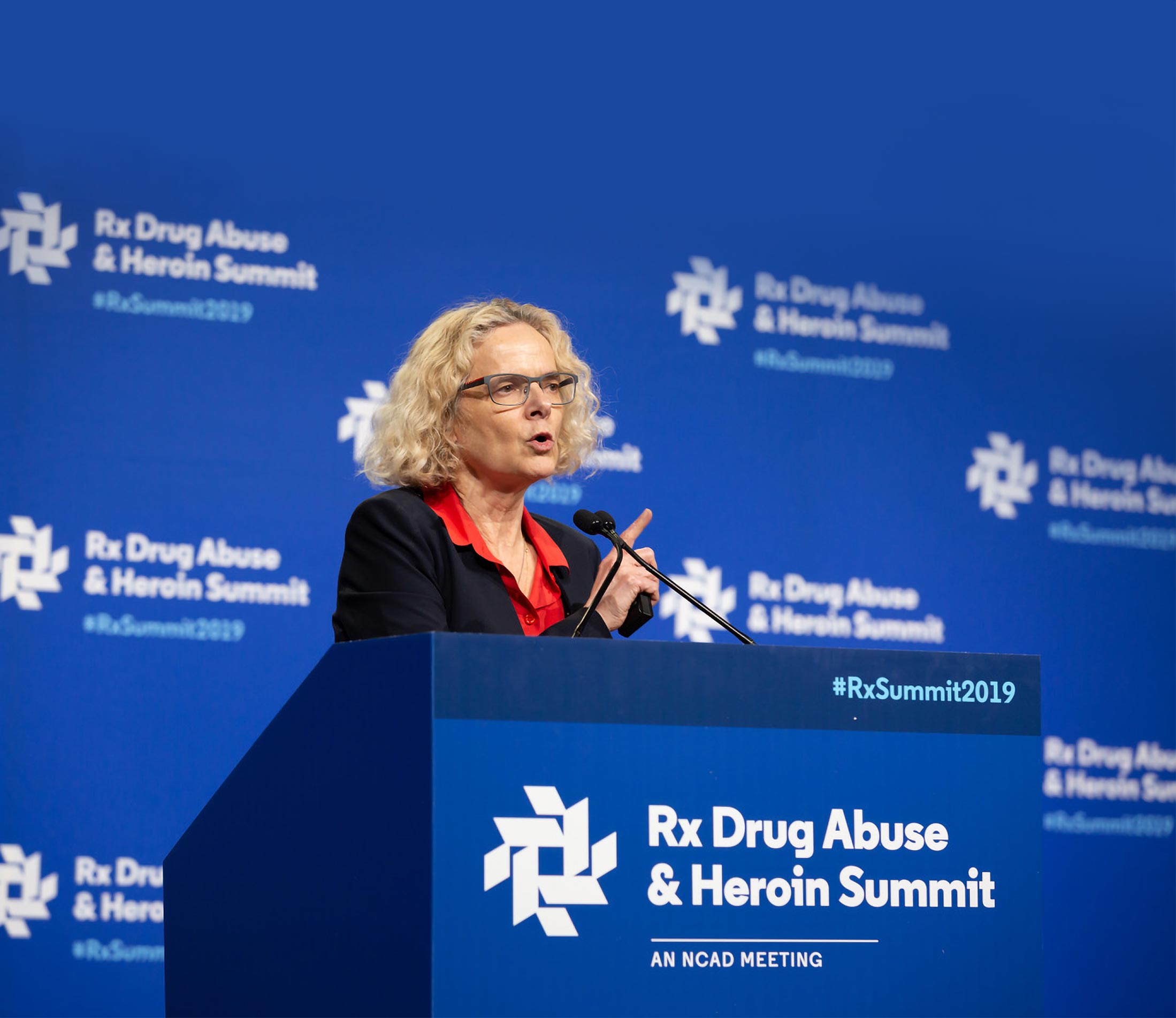 ATLANTA (April 24, 2019) — Top health and science officials addressed the Rx Drug Abuse & Heroin Summit yesterday with an update from their announcement at last year’s summit on $500 million per year in funding for the opioid crisis.

There have been 26 HEAL (Helping to End Addiction Long-Term) research projects, more than 40 funding announcements and the awarding last week of four grants for the HEALing Communities Study.

The goals of the HEAL Initiative are two-fold, Collins said, “To improve prevention and treatment strategies for opioid misuse and addiction; and enhance pain management.”

Collins stated that there currently is very little to offer the 25.3 million American adults who suffer from daily pain other than opioids. The NIH will focus on novel targets for pain treatment that are effective, not addictive. To do that, scientists need a better understanding of how people transition from acute to chronic pain.

It also has identified dozens of promising pain treatments that have been stuck in the pipeline.

“Solving the opioid crisis requires prevention of drug use,” Volkow said. “We need to address the source of addiction. What makes us vulnerable as a nation to drugs?”

She pointed to a study of rats as an example. When given a choice, they choose social interaction over heroin. But when stressed (shocked), then the choice of heroin increases.

Volkow also warned of the “fourth” wave of addiction. First, it was prescription opioids, then heroin. The third wave was synthetic opioids such as fentanyl and carfentanyl. Now, there is a rise in use of stimulants combined with opioids.

But despite those challenges, she has hope of beating this epidemic.

“I am convinced we will solve it in the communities because we have each other, and we care about each other,” Volkow said.

Local communities are the key to another new initiative they discussed -- the HEALing Communities Study. Grants were awarded to The Ohio State University, Columbia University, Boston Medical Center and the University of Kentucky.

The study will generate evidence about how tools for preventing and treating opioid addiction are most effective at the local level with the ambitious goal of reducing opioid-related deaths by 40 percent over three years. The National Institutes of Health, together with the Substance Abuse and Mental Health Services Administration (SAMHSA), launched this multisite implementation research study to test the impact of an integrated set of evidence-based interventions across healthcare, behavioral health, justice, and other community-based settings in both rural and urban areas that are highly affected by opioid use disorder.

You can learn more and follow along on the progress by visiting www.nih.gov/healing-communities and signing up for updates.

The 2019 program will deliver practical, evidence-based education and actionable takeaways in 12 key areas, from National Policy Action to Prevention Strategies.

To learn more about the Rx Drug Abuse & Heroin Summit, visit rx-summit.com, and be sure to follow Rx Summit on Facebook and Twitter @RxSummit, using hashtag #RxSummit2019.

HMP is the force behind Healthcare Made Practical – and is a multichannel leader in health care events and education, with a mission to improve patient care. The company produces accredited medical education events and clinically relevant, evidence-based content for the global health care community across a range of therapeutic areas. Its brands include Consultant360, the year-round, award-winning platform relied upon by primary care providers and other specialists; Psych Congress, the largest independent mental health meeting in the U.S.; EMS World Expo, North America’s largest EMT and paramedic event; and the Symposium on Advanced Wound Care (SAWC), the largest wound care meeting in the world. For more information, visit hmpglobal.com.