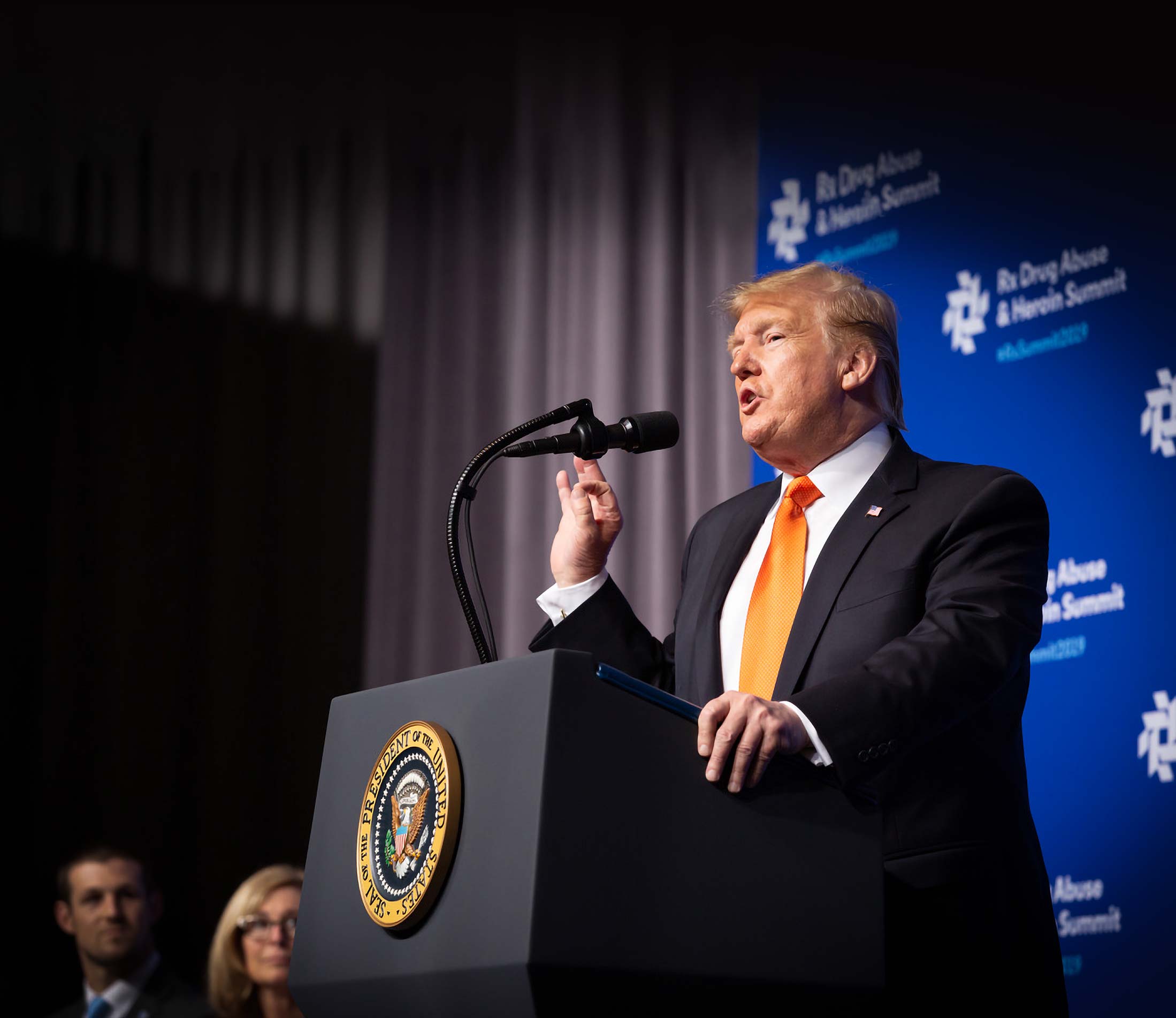 Message of hope and progress delivered at nation’s largest meeting addressing the opioid epidemic – more than 3,500 lawmakers, public health officials, law enforcement, clinicians, and community advocates are together in Atlanta for four days focused on change and practical solutions

“I am honored to join the thousands of leaders here for the 2019 Rx Drug Abuse & Heroin Summit,” President Trump said.

The President focused on the progress being made in three areas: increased funding; curbing the flow of drugs from inside and outside the country; and treatment efforts. Those efforts include:

Melania Trump is the only First Lady to participate in the Summit. She introduced the President and mentioned her BE BEST initiative, that focuses on major issues facing children today. One of the three pillars of the initiative is opioid abuse.

“We were honored to have the President and First Lady address attendees of the 2019 Rx Summit,” said Doug Edwards, director, Psychiatry and Behavioral Health Learning Network, part of HMP, the producer of the meeting. “Their participation underscores the significant attention being paid by all levels of government to this devastating public health epidemic. The President & First Lady’s positive message focused on promoting recovery combined with the commitment of significant resources to address the opioid crisis was shared not only with the 3,500 in attendance, but also across the world via livestream. It is incredibly rewarding to know that we are playing a role by bringing so many groups together to find solutions.”

President Trump concluded with the following hopeful words for the audience, “You are America’s true source of strength, so let us resolve that together we will support, cherish and care for every American in need of recovery. Every American deserves to know the glory of hope, the joy of belonging and the blessings of healing. We will end this terrible menace. We will smash the grip of addiction.”

To learn more about the Rx Drug Abuse & Heroin Summit, visit rx-summit.com, and be sure to follow Rx Summit on Facebook and Twitter @RxSummit, using hashtag #RxSummit2019.

HMP is the force behind Healthcare Made Practical – and is a multichannel leader in health care events and education, with a mission to improve patient care. The company produces accredited medical education events and clinically relevant, evidence-based content for the global health care community across a range of therapeutic areas. Its brands include Consultant360, the year-round, award-winning platform relied upon by primary care providers and other specialists; Psych Congress, the largest independent mental health meeting in the U.S.; EMS World Expo, North America’s largest EMT and paramedic event; and the Symposium on Advanced Wound Care (SAWC), the largest wound care meeting in the world. For more information, visit hmpglobal.com.